GRONHOLM TAKES TQ AFTER DAY ONE

Finland’s Niclas Gronholm took the quickest time in Q2 at the SABAT World RX of South Africa, the 10th and final round of the FIA World Rallycross Championship in Cape Town to take the overnight TQ (top qualifier) position.

GRX Taneco’s Gronholm took the hole shot in Q2 race 1 (in the Fastest First Race Order) and won the race in front of the three drivers in the middle of a tense fight for the 2019 World RX Drivers’ Championship – Team Hansen MJP’s Kevin Hansen and Timmy Hansen and Monster Energy RX Cartel’s Andreas Bakkeurd. Russia’s Timur Timerzyanov made it a one-two for GRX in Q2 with a race win, as GCK Academy’s Guillaume De Ridder took the race win in Q2 race 4 and was P3 in the session.

“It’s been a good day, not perfect, but we’ve had good launches and clean races. I think that’s been the key that we’ve got in front and not been in the dust. We’re hoping to continue like this tomorrow but we know it’s not easy. We will keep our heads down and keep working,” said Gronholm. “Having a day like this here in the last race it feels a bit sad that we’re out of the championship fight, it would have been nice to join the top three and be in the fight. That’s how it is, the only thing we can do is try to win this race.”

World RX Drivers’ Championship leader Timmy Hansen is P2 after Q2, even though he was only P9 in Q2 after racing on the same watered track as Gronholm. Kevin Hansen was P6 in Q2 and is P5 in the Intermediate Classification. Bakkerud was P12 in Q2 and is P6, before Q3 and Q4, the semi-finals and final on Sunday, when the title will be decided. 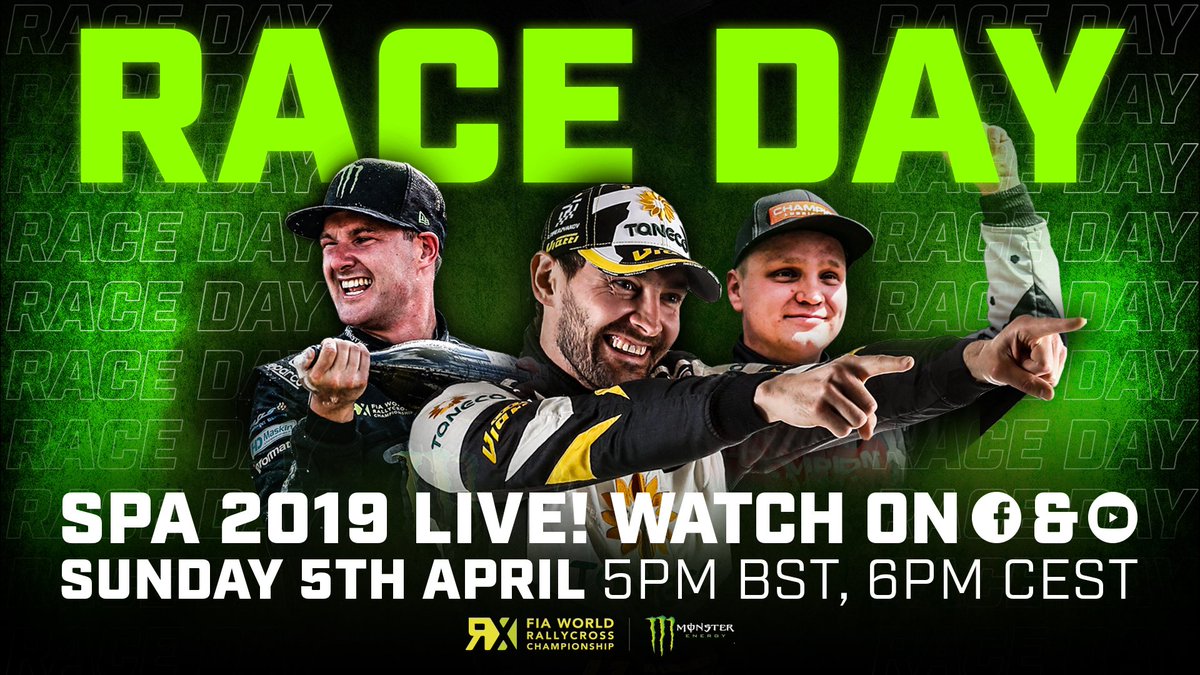 ITS RACE DAY 🙌 Join us live at 5 pm UK / 6 pm CEST on Facebook and YouTube to relive all the action from Spa 2019! #WorldRX https://t.co/QSx9gCvHUQ